So I finally managed to get my Night Spirit Studio ornaments stitched up and sent off to friends. The highlighter seems to have come out and I’m pretty happy with the finishing. 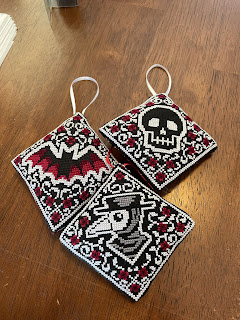 I also managed to get my components finished and assemble Threadabead’s Cardinal box. I’m very happy with the way it turned out and will have to make another for myself someday. 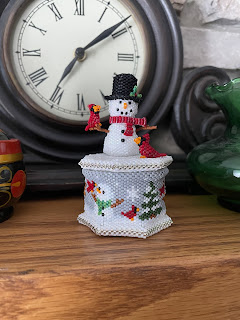 I was also able to get a fair amount of time in on my HAED. Coppervein’s wing is really starting to take shape. I really wanted to get a page finish but February was just a bit too short. Maybe I’ll aim for two in March to make up for it:) 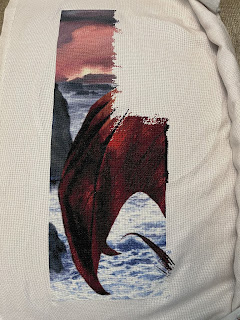 And last but not least for February is a replacement project for the finished box. I started another Threadabead box, this time an Easter one that is going to be mine. Not far yet but a couple Easter eggs is a pretty good start for a few days of work on it. 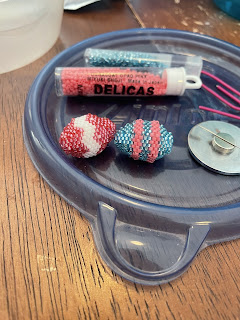 March should be an interesting crafting month. The boys will be heading back to in person classes at school mid-month so I’m not sure if that means more or less crafting time yet. Hoping it means I’ll have a few mornings a week to blaze through a bit of housework and then a few hours to really focus on that dragon and his wing before they get back but we’ll see how it goes. Hope everyone has a warm, safe and crafty March!

thanks for sharing artikel

If I can write well like you, I will be very happy, but where is my luck, in fact people like you are an example to the world. You have written this comment very beautifully, I am very glad that I thank you from the bottom of my heart. VIP girl mahipalpur
college girl aerocity
Cheap price girls gurgaon
low price girls sector 29
gurugram Girl phone number
Bhiwadi Real Photos Girl
Manesar VIP Photos Girl
Naughty Girl Gurugram
VIP Girl Gurugram

Sara
A peek into my life and stitching hobby. I live with my husband, three sons and the dog in northern Indiana.